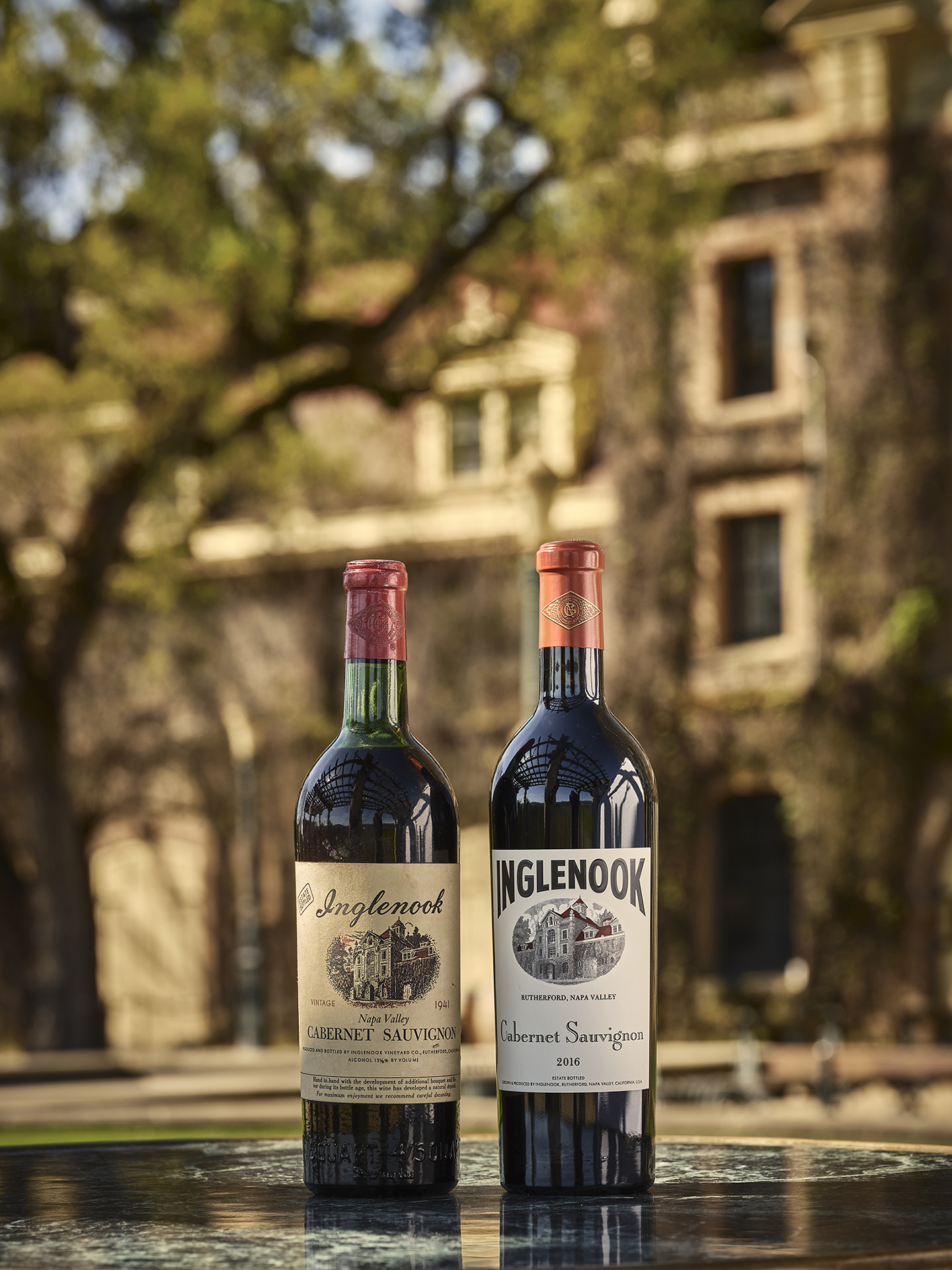 If Captain Niebaum was partially responsible for introducing Cabernet Sauvignon to Napa Valley, then John Daniel Jr. was responsible for carrying on his granduncle's tradition of excellence and finessing that varietal to revered status. In honor of Daniel's Cask Wines program that he began in 1949, our estate-bottled vintages from 1995 through 2008 of this grape variety were originally called Cask and bore oak veneer labels. Up until then the wine consisted of 100 percent Cabernet Sauvignon, aged in American oak barrels. The 2009 vintage, however, saw changes both in name as well as in the production and aging regimen, and now Inglenook's Cabernet Sauvignon is blended with Cabernet Franc, Petit Verdot, Merlot, and Malbec–-depending on the desired profile–-all of which is aged in French oak.