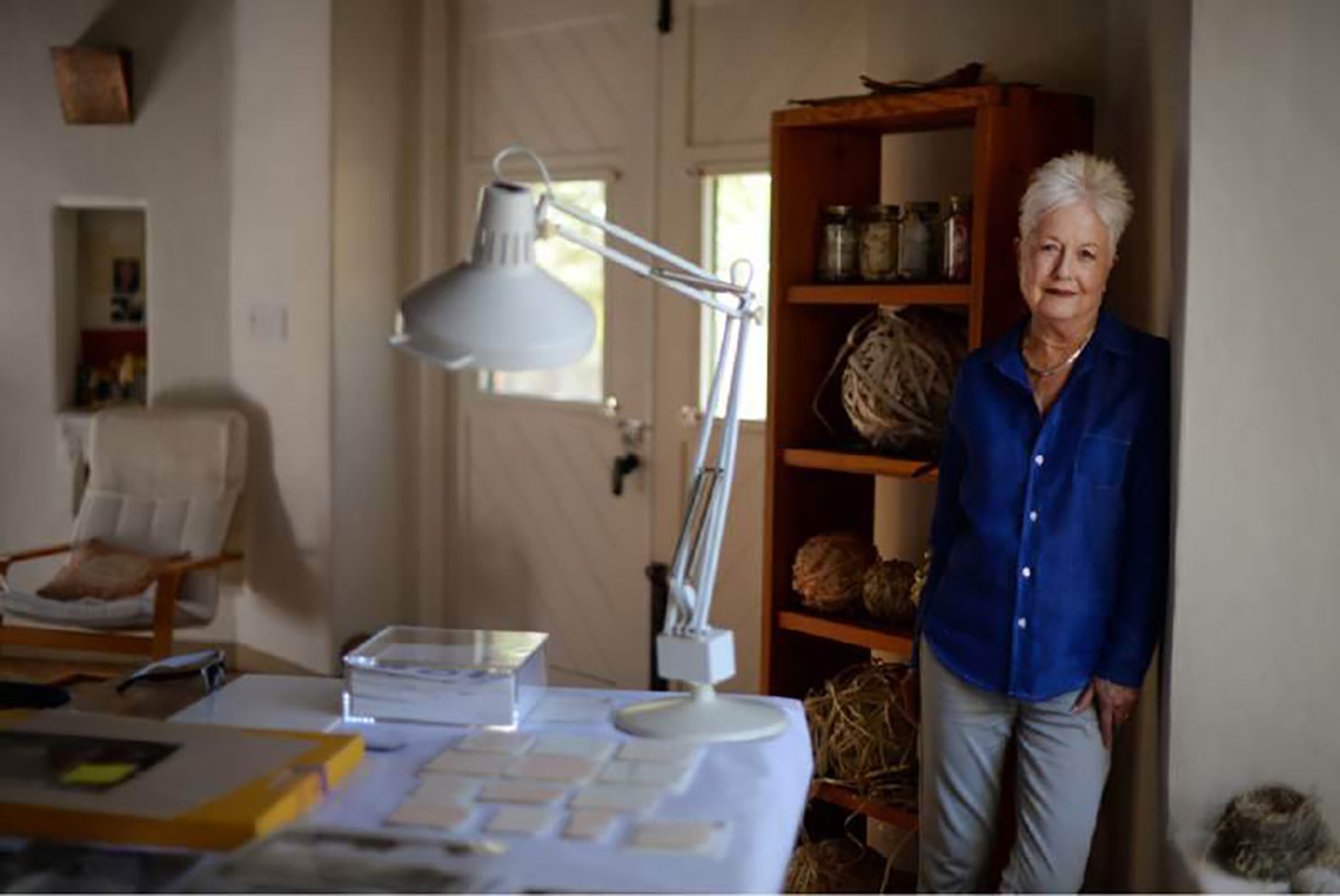 Eleanor Coppola is an accomplished filmmaker and visual artist with a love of nature that she attributes to the environment in which she spent her childhood—Sunset Beach, a coastal community south of Los Angeles. The myriad patterns created by the play of light on sand, sea, and sky were important in the development of her aesthetic. Eleanor's father painted landscapes which contributed to her sensitive, thoughtful approach to the visual world, while her mother enhanced this perceptual tendency by teaching Eleanor how to sew, encouraging her to experiment with various techniques and textiles. "I love the experience of making something with my hands, and seeing a tangible object emerge," she explains.

Eleanor became a filmmaker by happenstance: while living in the Philippines during the making of her husband's film Apocalypse Now between 1976 and 1977, she began shooting behind-the-scenes footage that became the documentary Hearts of Darkness: A Filmmaker’s Apocalypse. The film was released in 1991 to critical acclaim, winning an Emmy among numerous other awards. Since that time, she has made five behind-the-scenes documentaries on the sets of films directed by other family members, and laughingly says she “probably holds the world’s record” for such work. She has also written two well-received books: Notes On the Making of Apocalypse Now (1979), and Notes on a Life (2008), which speaks to the sometime conflicting demands of love, family, and making art.

Family responsibilities made the practice of her art ever more challenging, and Eleanor credits other women artists for the support, inspiration, and practical guidance they gave her as she found her way between family and creative expression. Over time, she came to embrace an ethos of "the art of the everyday" that allowed her to "do what I could, when I could," as she fulfilled her roles as wife and mother.

In 2009, even while being essential to the management of Inglenook as well as the family's two additional wineries and several luxury hideaways, Eleanor embarked on writing, directing, and producing her first fiction feature film, Paris Can Wait, released in 2016. Her next project, a trilogy of short features, was completed in 2019.