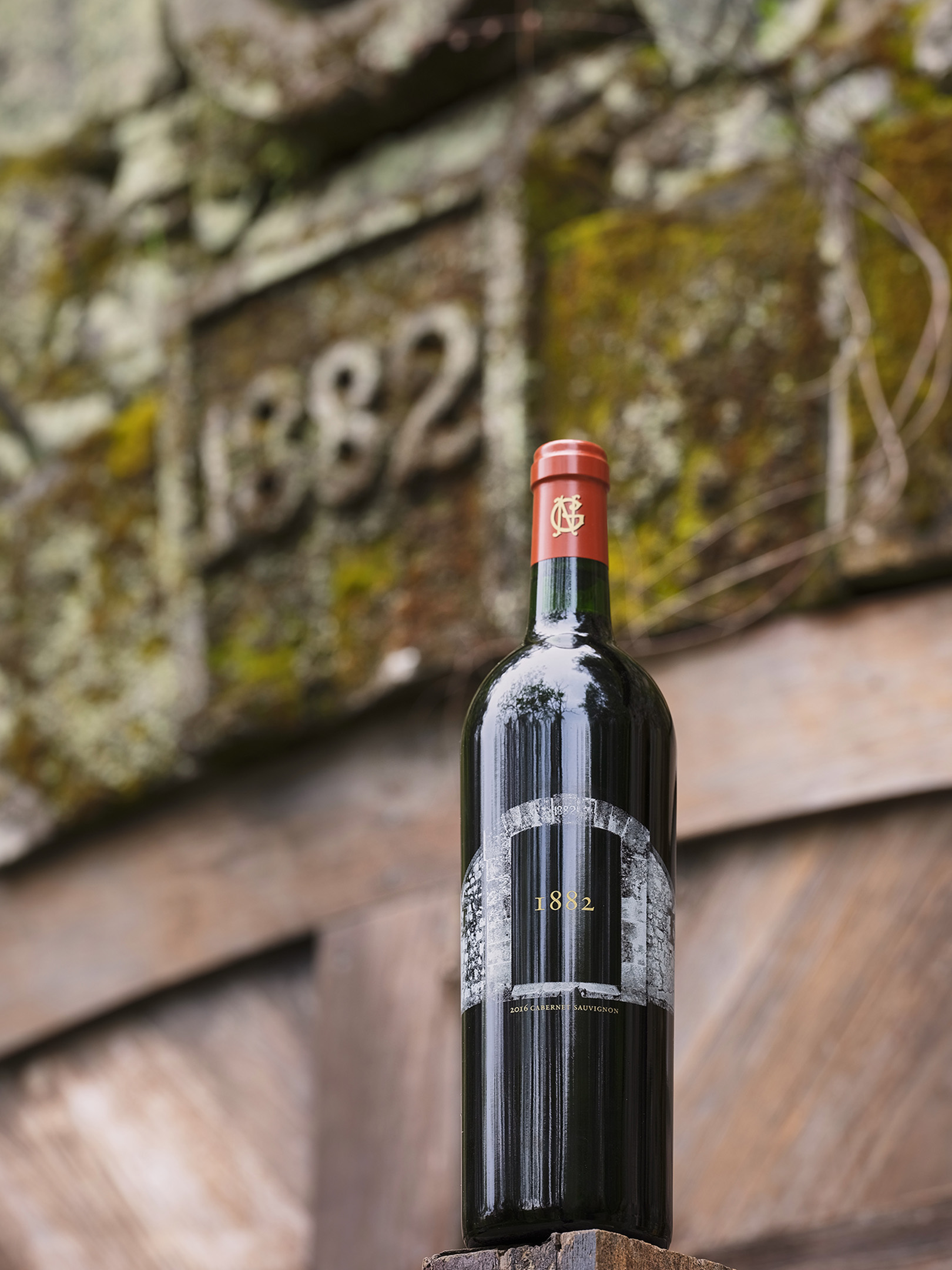 In 1882, only three years after purchasing the Inglenook property, Captain Niebaum produced his first vintage with a yield of 80,000 gallons. It was in this same year that the Captain and his general manager, Hamden W. McIntyre, built a test cellar dug directly into the hillside behind the Captain's residence in order to investigate optimal barrel aging conditions. Inglenook's debut vintage of its 1882 Cabernet Sauvignon in 2012 was made as a tribute to the Captain's foresight and innovative spirit that led him toward achieving his goal of creating Napa Valley wines on par with those of the Old World.

The bottle's distinctive etching features an image of the stone exterior of the cave where Niebaum and McIntyre conducted their experiments, a symbol of Inglenook's integrity in striving for the very best in its ingredients, craft, and reputation, then as now.