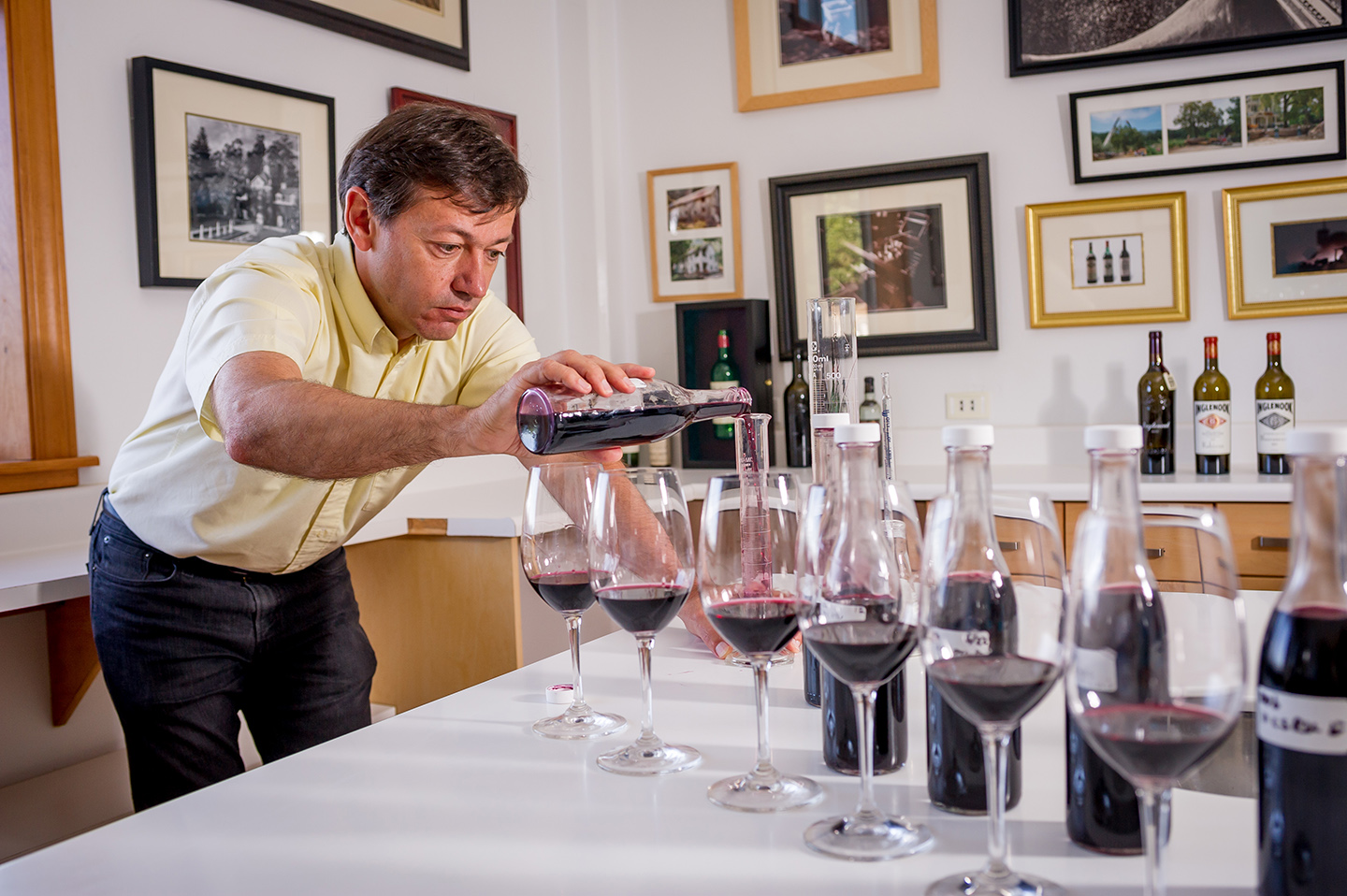 Philippe Bascaules, Inglenook's Director of Winemaking since 2016, first came to Napa Valley from Bordeaux in 2011 as the Estate's General Manager. His adventurous approach to winemaking—tempered at times by the wisdom of restraint—and his focus on long-term vineyard management are in keeping with the Coppolas' commitment to restore Inglenook's legacy of excellence and invigorate the potential of its terroir. Philippe feels that "a great wine should possess fantastic aromatic complexity and structure, but should also be a little bit mysterious, like a perfume. It is this delicate balance that interests me...not aggression and power."

With the time he has spent at Inglenook, along with his experience of making some of the world's most critically acclaimed wines, Philippe has acquired invaluable insights into all aspects of winemaking, and his vision is respectfully tied to the specificity of site. He believes quite strongly that every facet of the winemaking process—even the manner in which the grapes are first collected and handled—"has an importance, an effect on the final product," an attitude that resonates with the same degree of care and foresight on which Inglenook was founded.